So many awkward moments in my life…so little time. I was recently getting a routine chest x-ray, and of course because I’m me it turned into a whole thing. First of all, the protocol at the hospital is to ask you to confirm your date of birth. When I did that, the very nice Chinese technician got very excited. He told me 1964 is an extremely lucky Chinese year, and I must be a very lucky and special person! You know, it’s hard to get enthusiastic about that when I’m in the basement of a hospital with an x-ray technician, but he was so sincere that I feigned excitement. 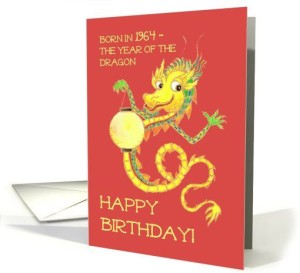 We spent some quality time together while he took lots of different shots, and then he told me what a good patient I am. Honestly, I get that a lot, because I’m an overachiever, always eager to impress. Then, in a complete lapse of protocol, he came over and asked if it would be OK if we prayed together. Again, in the spirit of going along to get along, I said sure. He took my hands in his and closed his eyes and presumably prayed while I contemplated what I was going to fix for dinner. Just as I had decided on carry-out, the answer to my prayers, he pronounced us done.

So I went tooling back out to the hallway and in a complete Twilight Zone moment ran smack into the former managing partner of one of my former firms. It took me a minute to realize who it was because it was so out of context, and, we were both wearing hospital gowns. He asked me how I was, and what I was doing there and I said I was probably there for the same reason he was. So we had a little laugh and then, well there’s no way around this…he hugged me. I mean in any other circumstance it would have been very sweet, but, umm, did I mention that we were both wearing hospital gowns?

Just then the technician came out to grab him, and he turned to him and said, “I hope you took good care of her; she’s a very nice person.” Which was also sweet, except I had just bonded with the technician who I guess now felt he knew me pretty well, so he said “Well of course she’s a very nice person! Don’t you think I know that?” And then he played the trump card: “She was born in a very lucky year.”

I took that as my opportunity to exit, stage left. “So good to see you! Both of you I mean! Great, great, great to see you both.”

Like Loading...
This entry was posted in Uncategorized and tagged Animals, Culture, Health, Imagination. Bookmark the permalink.