Kids, Don’t Try This At Home: The Nastygram

You guys know how much I miss my career, right? Or have I been remiss in whining? I miss my career a lot. I loved working. I had a couple of short-lived, crappy jobs over the years, but for the most part enjoyed my day-to-day work. That includes the fine art of office politics. Admittedly, I was frequently on the losing end because I wear my heart on my sleeve and I never, ever suffer fools well, but when I wanted to play the game I was good at it.

I was especially good with email because, you know, I’m a “writer” and all. Right? The invention of email was pretty much the best thing that ever happened to me. I think before that we used to write memos, print them out and distribute them, but honestly I don’t remember that far back. I spent many years working in branch offices of large firms. Places where I never even met half the people with whom I worked, because they were in far flung places around the world. Or, because at a certain point I had been banned from headquarters, but you know, sh*t happens.

When you work with people who don’t have to face you every day, it’s easy to get in the habit of emailing nastygrams, saying how you really feel, because there’s no uncomfortable eye contact over the water cooler. I would like to say that I was always the recipient, and never the sender, but that would be a complete lie. I will say that when I wanted to, I could get my message across quite well, with seemingly no snark, while still building in plenty of snark. Especially with people who aren’t particularly bright, because typically sarcasm eludes them. Ooops, that right there was blatantly snarky. And yet, true. The recipient would be suspicious, because it was coming from me, but unable to put their finger on any specific thing that would indicate I wasn’t playing nice. So it had the built in bonus of frustrating the hell out of the other person. 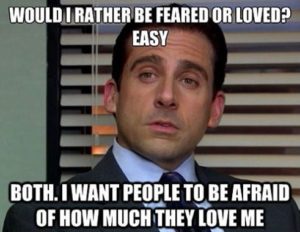 The honest truth is that on occasion I used these exercises to amuse myself at work. But the majority of the time I was really just trying to get some work done. Stuff that needed to be done, and could be done with little fanfare, if I wasn’t relying on someone in another office to hold up their end of the work. Super annoying to take a task or project nearly to completion, and then have to turn it over to someone in another office, who may or may not be a complete moron as motivated as I would like. 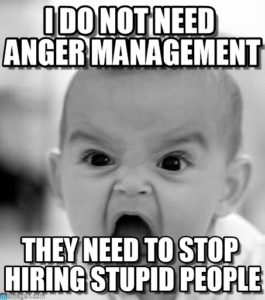 I suppose that when I miss working, that’s one of the things I miss. Because I am not mentally stable, which explains why I did these things for a living in the first place. So I was delighted when a friend FaceTimed me recently and asked me to help him compose a delicate email. Something that screamed you are a lazy idiot while seeming to calmly say hey, let’s get this task done. It was exactly the kind of precision, stealth operation that is my trademark. Everyone is good at something, right? That’s my something.

Together, in just 10 minutes or so, we crafted a really solid missive. It accomplished both things, while also providing my friend a lot of CYA in writing. The trifecta. My friend was really happy with the final product.

I don’t like to brag, but when we were done he rewarded me with a huge compliment. “You are really good at coming up with BS.” High praise indeed.

Like Loading...
This entry was posted in Uncategorized and tagged Business, Career, Culture, Drama, Friendship, Irreverent, Self, Stupidity, Writing. Bookmark the permalink.

12 Responses to Kids, Don’t Try This At Home: The Nastygram