In the last few weeks we’ve attended three weddings.  All three couples were so beautiful and so clearly in love; gazing into each other’s eyes with affection.  It is a wonderful thing to witness.

Dan and I love each other a lot, but we’re really bad on the eye-gazing, handholding romantic stuff.  A number of years ago, we spent the day in historic Leesburg, enjoying Ye Olde Shoppes and Ye Olde Stuff all the Ye Olde Day. 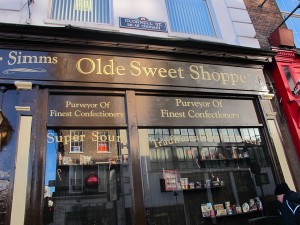 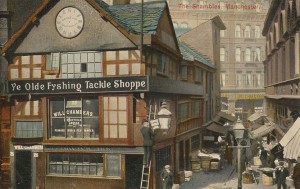 In the evening we settled in to Ye Olde Restaurant for dinner.  The restaurant was very dimly lit, with candles on each table and a lovely colonial décor. 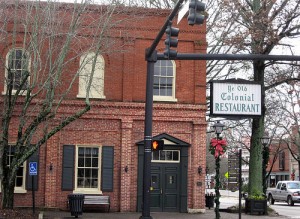 We were seated at a lovely table right by the front window.  We noticed a gentleman roaming around the restaurant playing very lovely melodies on a flute; Ye Olde Flautist.  Shortly after we ordered, the flautist came over to our table.  We smiled politely and shook our heads in time with the music. 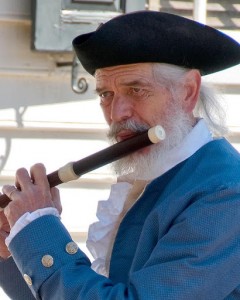 It was pleasant enough for a while, but then we realized our flautist friend showed no signs of ever leaving our table.  Our smiles wore thin, and we were feeling awkward.  I looked at Dan for help and we realized perhaps we were supposed to be gazing in to each other’s eyes while listening to the music.  We tried that for a minute but Dan can cross his eyes like nobody’s business, and I started to giggle.  Looking to gain my composure, I turned and looked out the front window.

The fates were conspiring against me that night, because just as I glanced out the window, a very, very large gentleman was walking by, and his pants were down to the point where I could see plenty of, umm, Ye Olde Butt Crack. 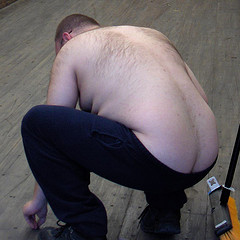 So picture the scene again-candlelit restaurant, sincere flautist, trying to be romantic, and…this!  It did me in completely.  I started in on one of those laughs that takes on a life of its own and cannot be stopped.  I kicked Dan under the table and nodded my head at the scene outside, and he started laughing uncontrollably as well.  We were trying not to make eye contact with the flautist but our shoulders were shaking, tears were rolling down our cheeks, and at some point I started snorting with laughter, which just set us both off again.

Still, Ye Olde Flautist continued to play as if nothing was going on.  It finally dawned on me that he was hanging out waiting for Ye Olde Tippe, and I managed to signal that to Dan.  He reached in his wallet and pulled out what would normally be a nice tip, but I nodded my head upward to indicate he pull out more money.  Once he had pulled out about twice as much as anyone could expect, I nodded my consent.  Nothing pays as well as a guilt tip, that’s for sure.

Barely able to breathe from laughing so hard, I tried to explain to the flautist that his playing was beautiful but, umm, there was a funny scene outside and , umm…scrambling for words, I realized the only thing that could make this moment even more awkward was if I started talking about butt cracks, so I just shut up (for once in my life).

The flautist nodded and smiled politely, then moved on to the next table.  We laughed until our stomachs hurt but still managed to scarf down Ye Olde Foode.

Like Loading...
This entry was posted in Uncategorized and tagged Family, Humor, Irreverent, Self, Social. Bookmark the permalink.