Part myth, part legend…there exists a gang of loose women…er, uh, rather, women running loose; they run amok in a pack of 8, always on the prowl for mischief. The Virginia Girls. While technically no one has ever been arrested during these outings, we did have a close call a number of years ago in Vegas. One of The Girls showed up at the restaurant in handcuffs, accompanied by a security guard. No, he was not a stripper but it was indeed a prank. I think it’s telling that none of us were overly surprised to see Our Girl in handcuffs because hey, that was going to happen sooner or later. I guess what happened in Vegas should have stayed in Vegas. Ooops.

The Girls met for dinner recently in the anonymity of a Chinese restaurant. Obviously, I can offer no photographic evidence as this is a very hush-hush Gang of Girls, but I can offer some of the highlights of the evening.

First, we were in an extremely authentic Chinese restaurant, in that no one who works there speaks more than 10 words of English. As you can guess, The Girls speak no more than 10 words of Chinese, and I don’t even know if it’s Mandarin or what. This led to many antics. One of The Girls decided to order a Manhattan, but after repeatedly explaining the drink and spelling out R-Y-E, the waiter returned with a mysterious drink, bearing little semblance to a Manhattan, which we have accordingly dubbed The Newark.

Two of The Girls quietly polished off an entire teapot of Sake before anyone noticed. Others stuck with the classics like red wine and martinis, and yours truly of course, stuck with ice water. Because let’s face it, I don’t need any more “personality.” 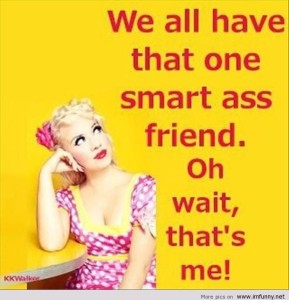 I will admit that there was a lively, and almost certainly too-loud discussion of bras, bra sizes, bra fittings and other boobery topics, because one of The Girls had found a dress for her daughter’s wedding, but had the misfortune to try it on with the wrong bra. She warned everyone about that very problem before showing us the picture, but apparently we’re not good listeners. Suffice it to say that she will have the proper undergarments before the big day because otherwise The Girls might do a drive-by bra slinging. And honestly, haven’t we all tried on an evening gown while wearing the wrong undergarments, or worse, athletic socks and sneakers? I don’t even know why I have athletic socks and sneakers, other than to try on evening wear, because lord knows I don’t do anything remotely athletic. Yikes, that was me, off on another tangent. Apologies.

Moving right along, it seemed that everyone in the restaurant was having a birthday! We watched as time and time again all the servers came out with a glowing candle stuck in a piece of cheesecake, singing something in Chinese to the tune of Happy Birthday. This started a conversation among The Girls about birthdays, and I can only say this…I am the youngest. Nah nah! OK, that wasn’t nice but I couldn’t resist. At any rate, our server must have simply heard us mention the word “birthday” and the next thing we knew they headed for our table and presented one of The Girls with her birthday cheesecake. I guess it was a little early since her birthday isn’t until March. Vigorous laughter may have in fact morphed in to snorting, but we were still all able to down a bite of Chinese Cheesecake (which tastes a lot like NY Cheesecake). We had finally calmed down, when on the way out the hostess yelled “Where is birthday girl?” and we once again dissolved into fits of laughter.

This is no way for Dignified Women of a Certain Age to behave. And that’s why we’re The Virginia Girls. We may have aged, but we refuse to grow up.

Like Loading...
This entry was posted in Uncategorized and tagged Culture, Fashion, Friendship, Irreverent, Social. Bookmark the permalink.

16 Responses to The Virginia Girls