The Day After The Two Days Of Blizzarding

Well, we lived through this thing. Shocking. When all was said and done it snowed for 30+ hours straight and accumulated to about 2’. Time to take stock of how we fared…

We didn’t lose power, although we were definitely low-energy. After all my concern about getting enough kidney beans to make chili, turns out I was out of cumin. Great. But we had plenty of other food so really I just had to let the whole chili thing go and move on with my life. I think with some therapy I will be able to process the loss.

I bundled up to within an inch of my life and went outside for approximately 2 minutes before realizing I was insane. The kitties have maintained their vigilant patrolling of the house. Dan got cabin fever and made brownies. From long-expired mix, as is his wont. It’s a good way to ensure that I won’t touch them.

Our snow blower actually worked when we needed it, so Dan had a toy to keep him occupied. In typical Dan fashion, he carefully monitored the radar maps on his phone and timed his first run through for when the wind and snow would be at their lightest point. He put his hands on his hips, stood up a little straighter, and made manly man declarations about what needed to be done.

Media naming of the storm has been haphazard. Meteorologists officially dubbed it Jonas, which I think is a really dumb name for a snow storm. I’ve seen Snownin᷉o, Snowtastrophe, Snowpocalypse, but mostly just Blizzard 2016. I appreciate the simplicity but it certainly lacks imagination.

I couldn’t help but get sucked in to the LIVE NONSTOP COVERAGE OF ______ (whatever that particular media outlet is calling the storm). The reporters were very hyped up Friday, with predictions of dire storm consequences. That kind of stuff gets them really jazzed. So their coverage at the beginning of the storm was somber. Too somber. One reporter said “I know it’s tempting to just enjoy the snow. It looks pretty. But don’t. This is going to be a deadly storm.” I immediately ceased my enjoyment of watching the snow blanket my yard and instead contemplated my own demise, at the hands of this Deadly Storm. I was still pretty unclear on the details of how the storm was going to kill me, personally, but the reporter looked so sincere I took his word for it.

There were a lot of hashtags being thrown around, because events don’t exist anymore unless you come up with a clever name and put a # in front of it. The very, very worst was Fox5 News, which insisted on using #thewinterawakens. I couldn’t help but picture the Social Media Marketing Team at Fox5 triumphantly presenting that bold idea to the higher ups. If I had to guess, since it was a dismal failure, what the Team is saying now is #blametheintern.

Anyway, I hope everyone in its path survived The Great Snowstorm of 2016; the one that almost took my life, and at a bare minimum the one I bravely endured without a pot of chili. #howdidiforgetthecumin 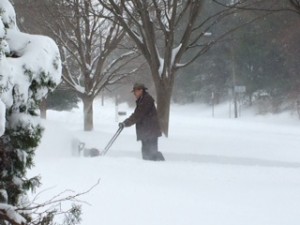 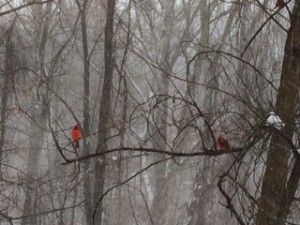 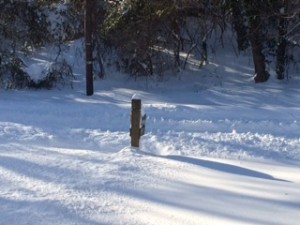 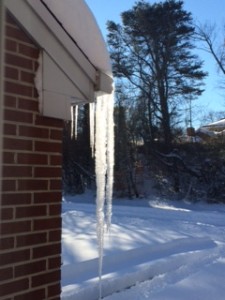 Like Loading...
This entry was posted in Uncategorized and tagged Culture, Family, Television, Weather. Bookmark the permalink.

14 Responses to The Day After The Two Days Of Blizzarding