The 80s: Through The Looking Glass 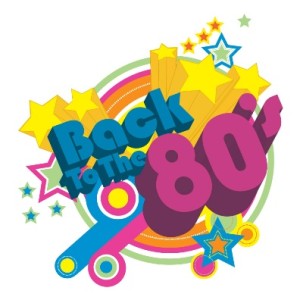 You know I love reality TV, but sometimes reality is even better than reality TV. I recently went to see an 80s tribute band, The Legwarmers, with some of my girlfriends. Let’s start with a few facts:

So yeah, there’s all that. One guy was dressed in a Super Mario Brothers costume, clearly a better idea for Halloween than a night on the town in March. And while I’m thrilled that Virginia finally banned smoking in almost all indoor places, the e-cigarettes are pretentious, obnoxious, and annoying. That is not my opinion, by the way; that is a fact.

Now, enter on the scene two young-ish couples. One of the couples begin making out and soon look like they really, really need to get a room before the rest of us get any more nauseous. But wait, the kissy-face guy goes off for a drink or restroom or condom or something and now Ms. Kissy-Face is getting mighty friendly with the gentleman who was recently part of the other couple. There is a lot of touching, hair flicking, giggling and other antics. So we’re wondering, what happens when Mr. K-F returns?

Well, at first everyone seems fine. But then Mr. K-F, in a blatant attempt to make Ms. K-F jealous, perches on the arm of my friend’s seat and introduces himself. His name? Oh, you’re going to love this. His name is of course, Fernando. I shouldn’t admit this but despite the fact that I was really enjoying the band, I was kind of hoping they would keep it down a bit so I could hear the load of crap that our new friend Fernando was piling on my girlfriend. Anyway, that’s how it went all night; Mr. and Ms. K-F making out and then Mr. K-F would vanish and Emergency Back-Up Kissy-Face would step right in. Hey, I don’t judge…I just point, stare, laugh, and make fun of them in a stage whisper. 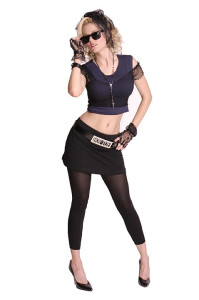 The bottom line is that security came rather quickly and cleared out both girls and all their friends, leaving a nice open spot and finally a cool breeze in the hot and crowded venue.

But wait! There’s more! When I was finally able to divert my attention back down to the stage, I noticed there was suddenly another female singer. Odd, and she was about a foot shorter than the microphone. Yep, I got all distracted wondering 1) why did this singer just now join them, when they’re well into their 2nd set and 2) why the hell didn’t someone adjust her microphone? As it was she was jumping up and down maniacally in what I thought was a valiant effort. But that’s when security rushed the stage and dragged the “singer” off into the sunset. Apparently that was a very impromptu “performance” by a rabid fan.

So The Legwarmers put on a great show. And so did the audience. I guess it was a little bit like watching the news with other news crawling along the top and bottom of the screen. It was a lot to keep up with, but really great reality TV without the TV. See? I get out once in a while, but the scenery really doesn’t change much…

16 Responses to The 80s: Through The Looking Glass