Movie Of The Week: A Very Mellow Cat

Believe it or not, I had never seen the movie Beaches before, so I watched it last night. It was made in 1988, the same year I got married. So I’ve been busy! But I finally got around to it.

You probably know that it’s a story about two best friends, one named CC played by Bette Midler, whom I love. CC is a talented singer/actress always starved for attention, who hates her out-of-control curly red hair. So, other than the part about her having talent (which I could be developing any day now) she is very much like me. The friend Hillary, played by Barbara Hershey, is a pretty, wealthy, WASP with really awesome hair. The kind of girl you really want to hate but you can’t because she’s all nice and everything. 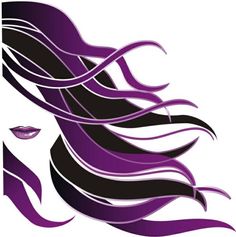 I’m not going to issue a spoiler alert, because the movie is nearly 30 years old. But in case you’ve been busy like me…spoiler alert.

Hillary dies at the end, and yes it’s sad, but you see it coming for a long time. I was more worried about a little piece of foreshadowing: the cat. Hillary’s little girl has a cat, and they show it several times, including once when Hillary is holding it on her lap at the beach, and the cat’s not struggling at all, which is kind of weird. In my experience they only show a pet that much because it is going to have something to do with the plot. Usually nothing good. 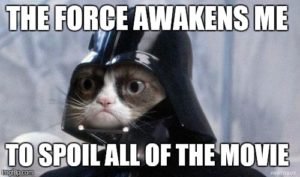 I started to get very concerned that something bad was going to happen to the cat; I mean, beyond just being dragged to the beach like it’s some kind of dog or something. Like maybe the cat was going to die along with Hillary. It was hard for me to focus on anything other than the fate of that cat. How much drama am I supposed to endure in one movie? I mean OK, a person is going to die, but what about the cat? Cruel. Pandering. Cruel.

I had a box of tissues at the ready, and yes, I cried when Hillary died but I was still preoccupied with the fate of the cat. Would kitty be OK? Yes. You will be relieved to know that as it turns out the cat is fine. Totally fine. It lived happily ever after in a big house filled with toys and cat food and warm, sunny windowsills. Oh, and CC and the kid are also fine. I’m sure they too lived happily ever after and all that crap because after all, someone needs to take care of the cat.

To recap, the movie Beaches is about a cat who absolutely, positively does not die, but somehow holds still to sit on someone’s lap on the beach. There are some people in it too. I give it two paws up. 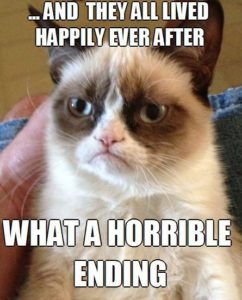 Like Loading...
This entry was posted in Uncategorized and tagged Animals, Celebrity, Childhood, Culture, Drama, Friendship, Health. Bookmark the permalink.

18 Responses to Movie Of The Week: A Very Mellow Cat