Well, you know I have to weigh in on the whole Sound of Music controversy. I loved the original movie so much I dragged my husband to Salzburg! OMG Dan is a lucky man…

Needless to say, I am devastated. I’m just going to pull the covers over my head and try to put the shattered fragments of my life back together. 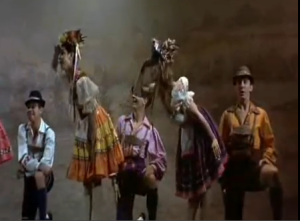 Like Loading...
This entry was posted in Uncategorized and tagged Celebrity, Culture, Family, Irreverent, Music, Television, Travel. Bookmark the permalink.

20 Responses to Everybody’s A Critic…Including Me