Before the Frankenstorm hit, I enjoyed a really nice Saturday.  I hung with some girlfriends; we went to see the Women Who Rock exhibit at the National Museum of Women in the Arts, had a nice lunch, and made our way over to a Crafts2Wear show.  The exhibit was amazing; a timeline  from Mahalia Jackson to Lady Gaga.  We couldn’t help but sing some of the songs that popped in to our heads when we looked at artifacts from various artists; I’m not entirely sure the other patrons enjoyed our “serenading”, but if I’m not going to “sing” at a Women Who Rock exhibit, where am I going to howl (uh, sing)?  It was all worth it because I  discovered that one of my friends knows every word to Gypsies, Tramps and Thieves.  I love her just a little more for that.

We moved on to Crafts2Wear to ooh and ahh over the hand-made clothing and jewelry on display.  I tried on a beautiful jacket, and as I admired myself in the mirror I inquired about the price.  When the artist said $760, I tried to play it cool, but I don’t think I was successful.  I very carefully and very quickly removed the jacket and moved on to the next booth, where I looked at but didn’t touch $800 scarves.

Of the five women, only two of us are married, and over lunch the singles regaled us with stories of Dates Gone Bad.  One of the women was invited to her date’s home for brunch.  When she got there, the man was buck naked and announced he was a nudist (clearly.)  Trying to be open-minded, she stayed for brunch.  Unfortunately, brunch consisted of a can of tuna dumped on a plate, a package of stale Saltines and some sort of bubbling alcoholic beverage he referred to as champagne.  To add insult to injury, the tuna and crackers were cheap generics.  She pointed out that maybe if he had served buttery Ritz crackers and fancy albacore tuna things could have been different.

Another woman described one of her blind dates as, well, let’s say “vertically challenged.”  She said not only were his eyes tiny little dots, he had some kind of problem where they constantly flipped back and forth from pupils to just the whites.  That is what I call creepy.  In the course of their painfully bad evening, my friend learned that her date was a National Tiddly Winks Champion.   Little did she know she had reeled in such a catch!  Imagine the glamorous life of the First Lady of Tiddly Winks.  Her life could have been filled with red carpet galas, designer clothes, diamonds and fancy cars, but alas, she just walked away. 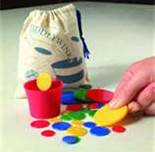 Not long after the date, she opened up The Washington Post and saw a piece on Tiddly Winks, featuring a profile of the National Champion.  There was his picture in the newspaper, creepy eyes and all.  Sure is a small world.

I have another friend who used to have awesome weird date stories, but she got married 6 or 7 years ago.  I’m happy for her and all but her stories dried up fast.  While I hope all of my single friends find their soulmates, I have to admit I love the crazy date stories.

Like Loading...
This entry was posted in Uncategorized and tagged Fashion, Humor, Irreverent, Social. Bookmark the permalink.

2 Responses to A Fine Saturday